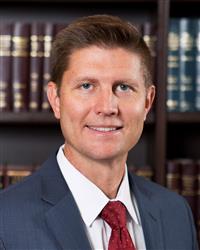 Kevin Goodwin is a Realtor®, broker, and owner of Goodwin & Thyne Properties. Kevin graduated from California Polytechnic State University of San Luis Obispo with a degree in computer engineering. He moved to Santa Barbara to work with TransSoft Networks, later acquired by Hewlett Packard. At HP, Kevin developed technological products for which he earned five patents from the US Patent Office. In addition to his amazing technical skills, Kevin’s passion has long been real estate and he began investing in it early. Shortly after coming to town he purchased his first property and now owns several. Kevin’s experience with his own real estate holdings makes him a valuable asset to customers. Kevin’s outstanding working knowledge of finance and technology assures that clients have the best of all worlds.

Kevin works with many of the company’s buyers and sellers. He has helped everyone from first time buyers to seasoned investors identify, purchase and sell their properties. “Kevin sought to understand our needs and goals. We never felt pressured because our best interests were obviously his primary focus,” says Rick Evans. This is echoed by Laurie Hanan who recently moved to Santa Barbara, “Kevin Goodwin helped me purchase my home. Little did I know at the time how fortunate I was to have chosen this firm to handle my real estate transaction. From beginning to end of what could have been a stressful process, Kevin was attentive, professional and reassuring.” When commenting on what she liked best, Laurie noted that “He always made me feel as if I was his top priority, and that he was working solely for my best interest.” Adding, Kevin “is more than a Realtor®. I now consider him a friend as well.”